Having seen the very best, the worst, and the ugliest of the food industry, Laurent Adamowicz gives a poignant account of how our food system has dramatically changed over the last two decades. Could the obesity epidemic be directly linked to what our food has been eating?

Secondary Sugar kills? Wait, secondary sugar is the one that’s hidden and added to foods you wouldn’t suspect, so kids and parents get addicted. A horrendous revelation here is that baby formula contains added sugar. Lots of it! And less lactose than breast milk. And no nutrition label requirement? You must be kidding, right?

Planning to expand into a ‘vegan conglomerate’

Excerpt: Hampton Creek is attempting to raise about $200 million at a $1.1 billion valuation, people familiar with the matter told Bloomberg. The company plans to use the funds to expand into what Bloomberg calls a “vegan conglomerate,” increasing its portfolio from 64 products today to more than 600 across a wide range of categories, according to a fundraising presentation obtained by Bloomberg. Part of those plans include a 95,000-square-foot R&D facility that will employ robotics and artificial intelligence to discover and develop new plant-based protein products, such as Just Oysters, Just Blue Cheese, and a line of kids’ snacks where an egg substitute in a microwavable pod could be cooked into different shapes, such as Batman, Darth Vader, or a toy car. 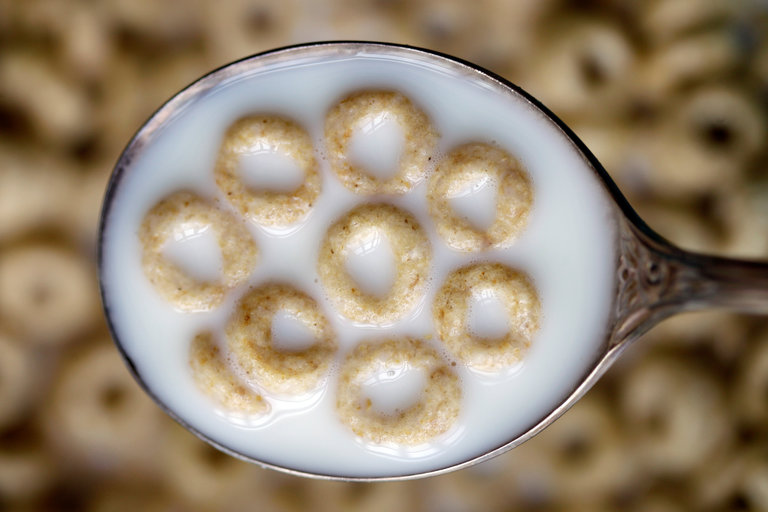 General Mills, the maker of Cheerios cereal, is part of a growing number of old-economy companies that have joined technology companies to create venture capital funds. Credit David Duprey/Associated Press

At first glance, the maker of Cheerios and Cocoa Puffs might not fit the image of a cutting-edge venture capital investor

Originally published in The New York Times by Randall Smith

Excerpt: General Mills, based in Minneapolis, is part of an increasing number of old-economy companies, including the convenience chain 7-Eleven and the Campbell Soup Company, that have joined a crowd of technology companies to create venture capital funds. Through them, they scout for new products or services and promising potential business partners.

Excerpt: The Campbell Soup Company has announced that it is launching a $125 million venture capital (VC) fund to invest in food startups. The fund, under the banner Acre Venture Partners L.P., will be managed by unidentified outsiders independent of Campbell, although the food giant is its sole limited partner.

Plant Based Proteins: The Past, Present and Future
June 7, 2017

Plant Based Proteins: The Past, Present and Future
June 7, 2017